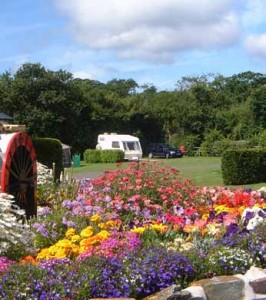 Most recently, the Cornish park received the overall Camping and Caravanning Park of the Year title at the Cornwall Tourism Awards in November – the eighth occasion in the 13 years of the event that Trethem Mill has taken a gold award.

Last spring, the park was one of just a handful of caravan and camping parks in the UK chosen to receive the prestigious gold award given out by VisitEngland to its highest rated parks. Then, in autumn, botanist David Bellamy announced Trethem Mill as a winner of his Conservation Award at its top gold level.

Park owner Jane Akeroyd said that 2014 had been a whirlwind of a year for the park, both in terms of visitor numbers and the awards it has received: “By far the majority of our guests are now either repeat visitors, or people coming as a result of a recommendation, which helps create a lovely atmosphere on the park.

“Our latest Cornwall Tourism award is especially pleasing as it judges not just the quality of the park, but also the welcome and hospitality which is shown to holidaymakers.”

Jane added: “The bar has now been set pretty high for 2015, but we are determined to carry on simply making Trethem Mill the type of park to which everyone wants to return”.