Top Of The Pools 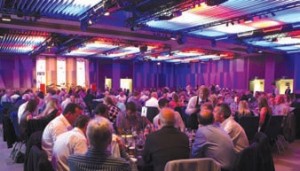 The UK Pool & Spa Awards night took place at the new Resorts World in Birmingham and
celebrated the achievements of the entire water leisure industry.

The UK’s multiple water leisure sectors celebrated their biggest night of the year at the hotly-contested UK Pool & Spa Awards.
Overall category winners across 25 categories were each presented with a certificate and a trophy at the special prize giving and networking evening, which was this year held at the brand new Resorts World complex in Birmingham.
New for 2015, the awards recognised the outstanding achievements of the country’s holiday park sector, with the introduction of the Holiday Park Pool of the Year award. Within the category, five holiday parks were awarded a Gold Standard and a further three parks gained a Silver Standard award.
“There is a real feel good factor within the water leisure industry at the moment and the outstanding entries received in this year’s UK Pool & Spa Awards exemplify that,” says Christina Connor, editor of Pool & Spa Scene magazine, the independent publication behind the annual competition.
“Holiday parks play an important role within the sector and we felt that it was about time the efforts and achievements of holiday park pool operators were recognised. We were delighted to welcome entries from a number of stand-out parks, who clearly value their pool facilities and work hard to keep them in top notch condition.” 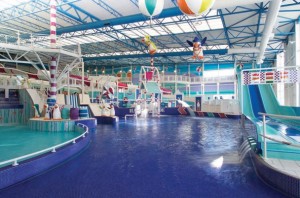 The pool at Craig Tara Holiday Park was named Holiday Park Pool of the Year at the recent UK Pool & Spa Awards.