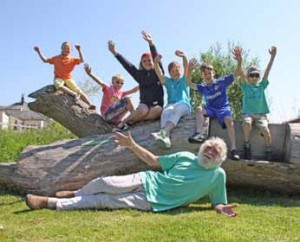 Now in its 18th year, the David Bellamy Conservation Award Scheme is one of the longest running green tourism awards in the UK. Pic: Waveney River Centre.

The green achievements of some of the UK’s most environmentally conscious holiday parks have been celebrated in the latest round of the David Bellamy Conservation Awards.

More than 500 parks were named as winners of the 2014/15 accolade, presented annually at gold, silver and bronze levels. Now in its eighteenth year, the award scheme was started by the world’s best-known botanist to highlight exceptional efforts by parks to protect the natural world.

This year’s long list of achievements varies from the winter-feeding of red deer to the creation of butterfly gardens and nature trails to the building of wildlife ponds and bird-hides. But single projects by themselves will not earn a park an award, says Rufus Bellamy who helps his father administrate the awards.

To stand a chance of qualifying, the park must submit all aspects of its operation to the scrutiny of an independent assessor trained in the running of the scheme.

“Their brief is extremely broad, and covers not just the more obvious initiatives such as creating wildlife habitats and the erection of bird boxes, valuable though these are,” says Rufus. “The assessors take a holistic view of the park’s conservation policies, and judge how far this is succeeding in making it a sustainable and environmentally friendly business.”

“These awards encourage parks to keep pushing the boundaries of what can be accomplished, and to adopt even bolder and more imaginative measures which make a real difference.”

Among this year’s winners was husband and wife team Trevor and Grace Barber of Silver Trees Holiday Park in Cannock Chase, Staffordshire, who were delighted to be awarded a top level accolade for the sustainable management of their park for the sixth year running. 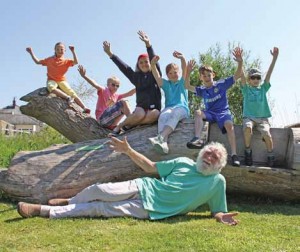 The Waveney River Centre in Beccles, Norfolk, is one of 600 holiday parks to be recognised by Professor David Bellamy’s Conservation Awards.

Some 600 holiday parks in the UK have been recognised by world-famous botanist David Bellamy in the annual David Bellamy Conservation Awards.

Now in its 16th year, the scheme champions green tourism in Britain and celebrates holiday parks that go the extra mile to protect and nurture the natural environment.

“Many of these parks have created incredible wildlife wonderlands for holidaymakers to explore, and which are especially important for teaching youngsters about conservation,” said Professor Bellamy.

The parks that take part in the scheme are regularly assessed by a team of wildlife experts, focusing specifically on land management, recycling, energy resources and involvement with the local community. Three levels of excellence can be achieved: gold, silver and bronze.

“I’ve been amazed at some of the initiatives I’ve found as I’ve travelled around the country, and these awards give parks the credit they deserve for putting sustainability high up on their business agendas,” added Bellamy.

Holiday parks that improve their carbon footprint are in a win, win situation. Sites that focus on reducing energy consumption not only help the environment but also reduce their costs in the form of lower energy bills. Companies that emphasise the fact that they are attempting to be environmentally friendly can gain the favour of like-minded consumers.