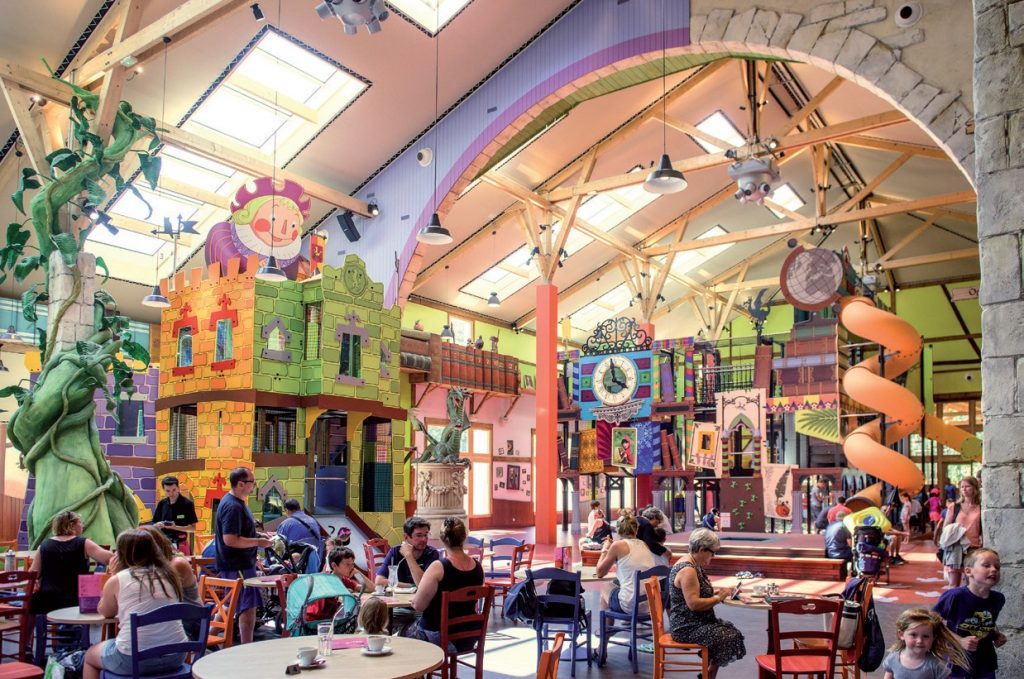 Knowledge is power in all facets of our holiday park provision but especially in the key aspects of play. Getting the play recipe right means the best use of precious revenue and increased customer loyalty for those that include play as part of their offering. Recent research is therefore vital as it arms decision makers with key clues about the opportunities that exist in play solutions. That research, by leading play providers, Proludic, reveals a whopping 89% of parents and carers are more likely to be drawn to a leisure destination with a good quality play space.

The findings show, for the UK population, play is about the child being outdoors, expending energy and expressing themselves. For families and those with closer ties to the child’s development, it is also about spending time together, something which the leisure sector is a big proponent of. It is also viewed as time spent away from digital devices, such as smartphones and tablets. For those with junior aged children, it represents an opportunity for their child to make friends. Due to the impact on overseas travel because of the global pandemic, this year is set to be another recordbreaking year for the UK’s hospitality and leisure sector with both domestic tourist expenditure. “This presents a great opportunity for businesses to take advantage of the increased revenue and grow their market share,” says Anne Parkin, Key Accounts Manager for Proludic, who says holiday destinations are reviewing the play facilities they offer. As providers of creative play, outdoor gyms and sports areas to the leisure sector, leading suppliers, Proludic, carried out their research into the type of play facilities are most desired during their leisure time. “When planning your on-site facilities understanding what families want is vital, whether your business is a holiday destination, pub, restaurant or visitor attraction,” says Anne. “To aid in this, Proludic has undertaken some primary research to discover the key factors involved when selecting a place to visit, and also to understand what will ensure your visitors return.”

The Proludic research evidences the importance of attracting custom, extending dwell time and the financial consequences of that for your business. It identifies the importance of targeting the family market and addressing the diversity of ages. This allows you to plan appropriately for future years to keep pace with the increasingly competitive leisure market. With its extensive range of play equipment for all ages, Proludic offers a varied material palette,” says Anne. “We can also provide bespoke play features to suit your environment to suit space and budget. “We also offer a free design service, which will realise your dreams and work towards ensuring your business stands out in the crowd.” One in three (35%) agreed that they would be happy to travel further to a destination with a good play space. Play also appears to be a good way to build customer relationships and encourage repeat business, with nearly half (46%) stating that they are more likely to return. The research also tells us that half of all leisure customers (48%) would be more inclined to stay longer if a good playground for children was evident. This figure rises to 76% when family customers are taken into account. 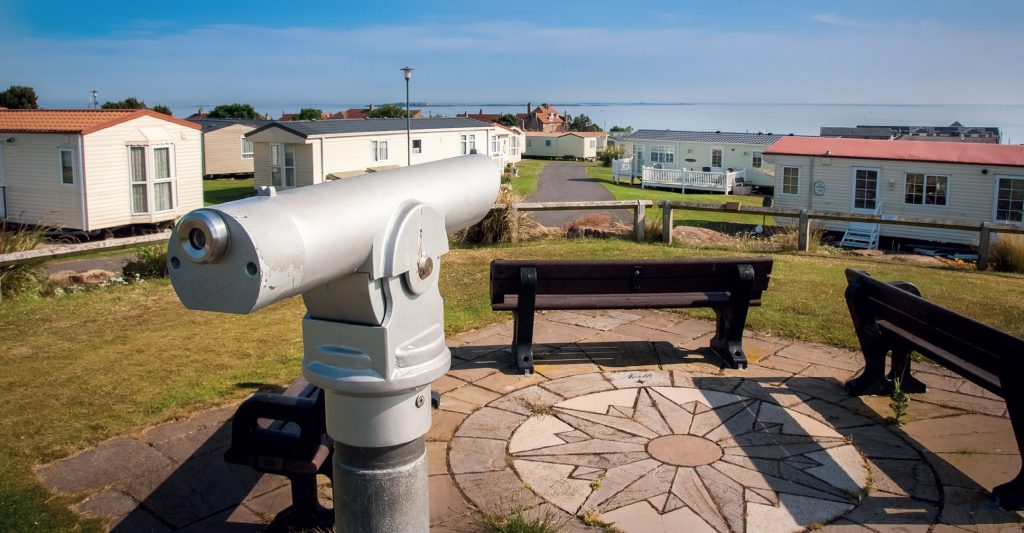 Situated adjacent to the picturepostcard village of Seahouses on the Northumberland coastline, Seafield Caravan Park offers its guests the ultimate peaceful getaway and a five star holiday destination. What sets Seafield apart is its dramatic setting and breath-taking outlook. Most pitches on the newest development of the park offer fantastic views of the imposing and majestic Bamburgh Castle and many command panoramic views of the sea and the Farne Islands. In addition, nearly all holiday homes have west-facing doors, which means you can enjoy the sun for the entire day and, in the early evening, watch the sun set in a golden sky through front windows.
"The peace and tranquillity of the park is one of its greatest attractions, which is why we have resisted any temptation to build bars or evening entertainment centres on site,” explains Alison Thompson, park manager. “By far the most critical aspect to the success of the business is the team of people that work on the park, who constantly deliver exceptional customer service which in turn encourages our customers to return year after year.” Seafield is managed by Alison’s father, Ken Britton, along with several other members of the family who are involved in managing the daily running of the business. Part owned by the Britton family, and partly by the Earl of Moray, the park was established in 1960 as a small caravan site. By 1979, it had expanded to include 230 pitches, plus utilities and touring pitches.

“Our mission statement of going far beyond expectations is achieved by giving a five star service in every aspect of our business. Attention to detail is of the utmost importance leaving no stone unturned however trivial it might be,” says Alison.
“Perhaps one of our biggest challenges is to always be one step ahead and thinking of ways to continually improve the facilities and service we offer to our guests.” Seafield boasts a string of accolades, including gold David Bellamy Conservation awards and gold Enjoy England status. Most recently, Seafield was named as VisitEngland’s Holiday Village of the Year and is a multiple gold winner in the North East Tourism Awards yearon- year.
Many of caravans on the site are privately owned, but the park also hires lodges, apartments and touring pitches. During the peak season, Seafield operates at an average occupancy rate of 92 per cent across its caravans and chalet lettings, of which 62 per cent are repeat bookings.
A post millennium construction of a £2.5 million private leisure club, The Ocean Club, consists of a 20m indoor swimming pool, a separate children’s pool, gymnasium and spa area – further extension work carried a budget of around £700k. The premier leisure club runs as a separate spa facility with membership and has twice been awarded Spa of The Year by the prestigious spa house Thalgo. There has also been significant investment in occupancy with 230 new pitches and a further £30,000 outlay to improve Wi-Fi facilities on the park. 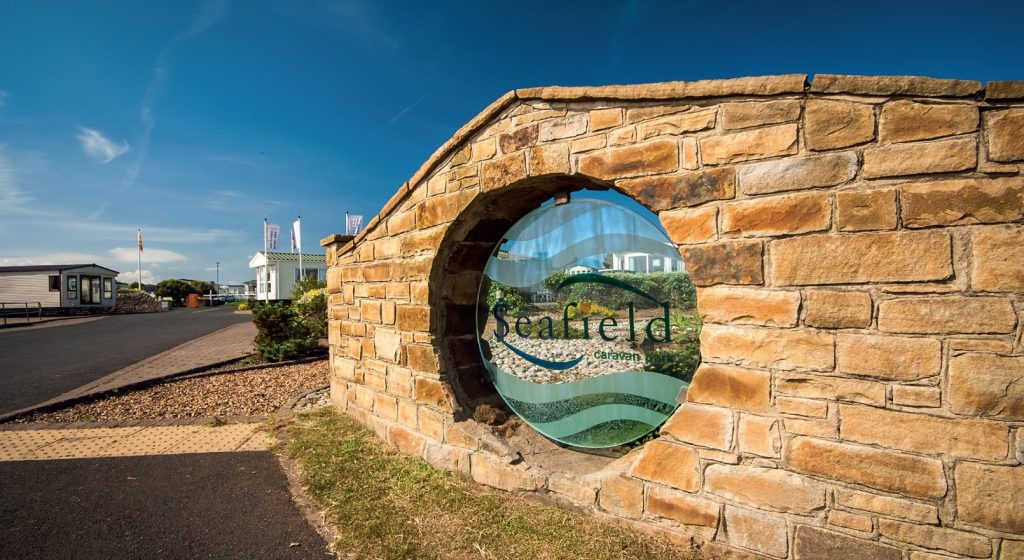 All Seafield’s touring pitches are ‘Super Pitches’ – hard standing with electric, water, sewerage and drainage and including an electric light. Heated toilet and shower facilities are close to all pitches, along with laundry and dish washing facilities. For those families with small children, you’ll find a full size bath in the ladies toilet block along with a separate baby bath in the designated baby changing room. Alison comments: “Our typical customer base includes families with young children, activity groups such as golfers and walkers, plus over 50’s looking to rest and relax.
“We liaise with tourism partners to identify our target market and work closely with them as well as other tourism businesses in the community to conduct marketing and promotional campaigns to attract new and existing customers to stay with us.” The park operates a privilege card scheme, allowing its guests to enjoy discounts at some of the area’s top attractions, including Farne Islands, Alnwick and Bamburgh Castle. The park owners have also invested in a strategic social media marketing campaign, to communicate discounts, offers, latest news and availability, through Facebook, Twitter and e-newsletters via MailChimp.