Sky No Limit For Hoseasons Team

Team members at Hoseasons in Lowestoft have braved a skydive, taken on the Tour de Broads cycling event and tackled a Tough Mudder, with more plans to climb Snowdon and hold their own Golf Day later this month in their efforts to reach their £10,000 fundraising target. The product team at Hoseasons are taking on this series of fundraising challenges to raise money for the Family Holiday Association, the only national charity providing seaside breaks and day trips for families struggling with issues such as severe and long-term illness, mental health issues, bereavement, domestic violence and disability.

Angie Watson, Head of Fundraising and Comms at the Family Holiday Association, said: “We are thrilled that Hoseasons have set themselves such a fantastic target, and the energy and ambition of the staff involved has proven to be simply wonderful! The support has been fantastic and the money raised will help many, many more families for whom a holiday is a lifeline – giving them relief from daily struggles, a chance to smile together and create precious memories to last them a lifetime. What a gift to give!” Scott Drew, Head of Product at Hoseasons, said: “We’re delighted to work with the Family Holiday Association and support such a worthwhile charity. Taking a break can make a real difference when it comes to family wellbeing and there’s no better place than the seaside to put a smile on people’s faces.” 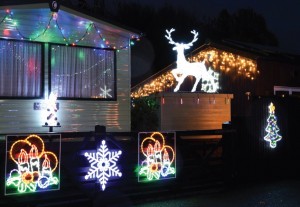 Shrewsbury’s glowing reputation for its Christmas lights display has rubbed off on a popular caravan park in the town. Every year, Oxon Hall Touring Park and Oxon Pool Holiday Home Park have an official switch-on of their own impressive Christmas lights a few days after the town’s lights ceremony. The 2018 switch-on will be celebrated with a hog roast on November 17, which is free for holiday home owners on the park and people staying on the touring park. In return, the managers will ask for a donation to the Motor Neurone Disease Association, the charity chosen by parks owner Morris Leisure and sister company Morris Lubricants in 2018. Last year, the parks raised £2,865 for The Alzheimer’s Society.

Greens Park homes are snapped up on recommendation…

With a career spanning some 35 years, Bill Green has seen a lot of changes in the residential parks industry but like all successful park owners he knows that customer satisfaction is key. Bill explains: “I always say to prospective purchasers, ‘Don’t ask me, my job is to sell homes. Go and have a walk around the park and chat with the residents to find out how they feel about living here.’ The people who live on your park are the best advertisement for your business.” As a young man, Bill spent many years working in Canada before returning to the UK and investing in rental parks. Today, Greens Park Homes owns two residential park home estates: the Wolds Retreat in Lincolnshire, and Pine Hill in Cambridgeshire. An exclusive, luxury estate for the over 50s, Green’s flagship park, Wolds Retreat, is set in 40 acres of beautifully-landscaped 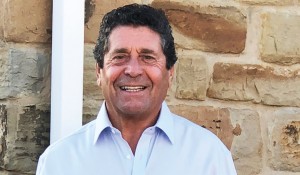 grounds in the heart of the Lincolnshire Wolds. Tranquil and scenic, the surrounding countryside is full of outstanding natural beauty and wildlife, and is popular with walkers, cyclists and bird watchers. The Roman town of Caistor is situated just a couple of miles away and provides many visitor attractions, shops, restaurants, fishing, and a choice of golf courses. Bill originally bought the site as a holiday lodge park 15 years ago but decided to apply for planning permission for a change of use to residential after repeated requests from customers wanting permanent homes. “It took over a year to get the planning permission in place,” explains Bill. “Our original application was refused and following a visit by the Secretary of State, and a number of agreed conditions, we were granted the licence.”

Two years of re-development later and the Wolds is now a shining example of a park planned with the customer very much in mind. At the centre of the park, a three-acre carp fishing lake is a popular attraction and there is a

minibus service to Caistor (one of the conditions of the planning permission) for residents. “We have a large site here but have deliberately chosen not to cram in as many homes as possible,” says Bill. “We have permission for 60 homes but the land could easily take 100 or more. We wanted to retain a feeling of space and privacy. On a lot of parks the homes are laid out in rows, which feels like an army camp! Our plots are twice the size of those at most other parks and dotted around the parkland in a freeform and natural way.” Out of the 60 homes, 25 are already inhabited, and the remaining 35 pitches are available for sale, including five show homes. 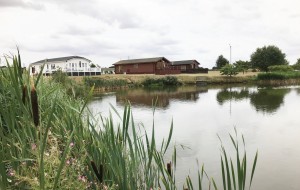 “We are very lucky to have a steady stream of enquiries,” says Bill, “but the attractiveness of the park really sells itself. Each home has a block-paved driveway for two cars and many have sheds, decking and even garages. Visitors to the park are always surprised at the size of the properties saying they are larger and better equipped than their traditional brick-built bungalows. All homes on site are also set up for mains utilities, which puts the control back into the resident’s hands and helps keep their expenditure low. This way is more economical for the home owner and the park owner too.” Having pre-booked slots with the major manufacturers is a key selling point, which expedites the process for buyer and seller. “There can be as much as a year long wait on many parks,” explains Bill, “but we have moved a cash buyer in as little as six weeks from home order before now. On average, from point of deposit to moving in date is two to three months for most of our residents.” Greens’ second park is Pine Hill, situated in a pretty location in open countryside between St Ives and Huntingdon in Cambridgeshire.

This site has been in the Green family for 50 years, originally being used for temporary accommodation for Council tenants. 15 years ago, Bill and his four sons, who all work in the family business, set upon a complete renovation of the park including new roadways, the provision of mains utilities, and major landscaping. Pine Hill now boasts 48 residential park homes; all are occupied and are quickly snapped up on the rare occasion that one is up for sale. Greens Park Homes is currently in negotiations to purchase a third park in the East

Anglian area and Bill says that they are always looking for interesting opportunities to either invest in existing parks, or land that is ripe for housing development. Like most Park Operators, Bill expresses some frustration with the limitations of the current planning framework and legislation. “The parks industry is steadily being cleaned up and rogue operators are thankfully few and far between nowadays,” says Bill, “but the negative profile of parks in the public eye still needs some work.” “Sadly, it’s a lot easier to get permission to develop holiday parks with many unwitting customers buying ‘holiday homes’, mistakenly thinking that they can live in them all year round. Making it more difficult to open residential parks, means not only a shortage of homes for the 50+, but prevents the mainstream housing market freeing up larger ‘brick and mortar homes’ for families and younger people. Things are moving forwards, slowly, but there is still a long way to go,” adds Bill.