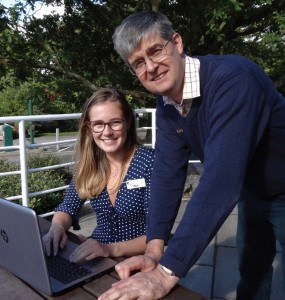 Hundreds of households across south Cumbria have received a broadband boost thanks to a local holiday park group. Silverdale Park near Arnside were switched on to ultra-fast fibre broadband in October, with the community-led broadband provider B4RN installing junction chambers along the five-mile route.

This meant that instead of struggling with poor speeds, sometimes less than 1MB, local homes can now surf the web one thousand times quicker. The speeds they are getting are much higher than what the most efficient BT line can provide, at a fraction of the cost too.

Parks owner Michael Holgate said the much greater speed will make a vast improvement to the efficiency of his business - and will be welcomed by holiday guests: “Like many rural businesses in Cumbria, we rely on the internet to generate sales, communicate with customers, and keep our website up to date,” he said.