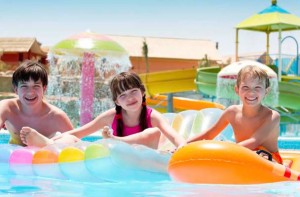 Cost-effective energy efficiency and prudent housekeeping will maximise return on investment when it comes to swimming pools.

A popular swimming pool is a must for the modern holiday park; number one for its undoubted pulling power in attracting and retaining visitors year on year.

On the flip side, the average holiday park swimming pool can present a huge drain on business resources both through upkeep and running costs as well as staffing overheads.

Operators find themselves under more pressure than ever to demonstrate effective energy efficiency and prudent housekeeping to maximise return on investment when it comes to swimming pools.

“Most people are now opting for energy efficient pools, more so than ever before,” comments Tim Bareham of Cresta Leisure. “It is partly down to an increase in environmental awareness generally, as well as the rise in energy prices, and of course the allure of cost savings that can be achieved over time.”

Tim adds: “Although energy efficient methods are generally more expensive to install, the benefits are huge. You’ve got to speculate to accumulate.” 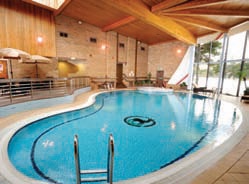 Deer Park Golf and Country club in West Lothian, Scotland has enjoyed a 25% reduction in gas and electricity usage in their swimming pool following the installation of Heatsavr.

Going ‘green’ is not only helpful in protecting the environment, but it can also translate into cost savings. If it were a superhero then Brenntag’s Heatsavr would have powers akin to the Invisible Man. The Heatsavr is a liquid pool cover that works by forming an invisible monolayer over the surface of the pool, preventing heat and moisture from escaping while the surface is unbroken. There are many other associated benefits that come with having a pool cover. Stopping evaporation also directly effects the quantity of chemicals used to maintain hygienic water conditions. By reducing evaporation you are also reducing the quantity of chemicals normally lost through evaporation. Having a pool cover also reduces the amount of contamination that enters the pool through the water surface, this will also have a direct effect on the rate of chemical consumption.

Deer Park Golf and Country club in West Lothian, Scotland had Heatsavr installed as part of an upgrade that also saw them have new boilers fitted. The work that was carried out saw a 25 per cent reduction in gas and electricity usage since the work was undertaken in August 2013. The country club had previously used a traditional pool cover, but it was ill-fitting because their pool is oval shaped. That meant that heat and moisture were still able to escape, as the cover was only partially effective. Heatsavr liquid pool cover reduces evaporation not only at night but also during the day when bathers are present in the water.

To read more of this story please subscribe online.