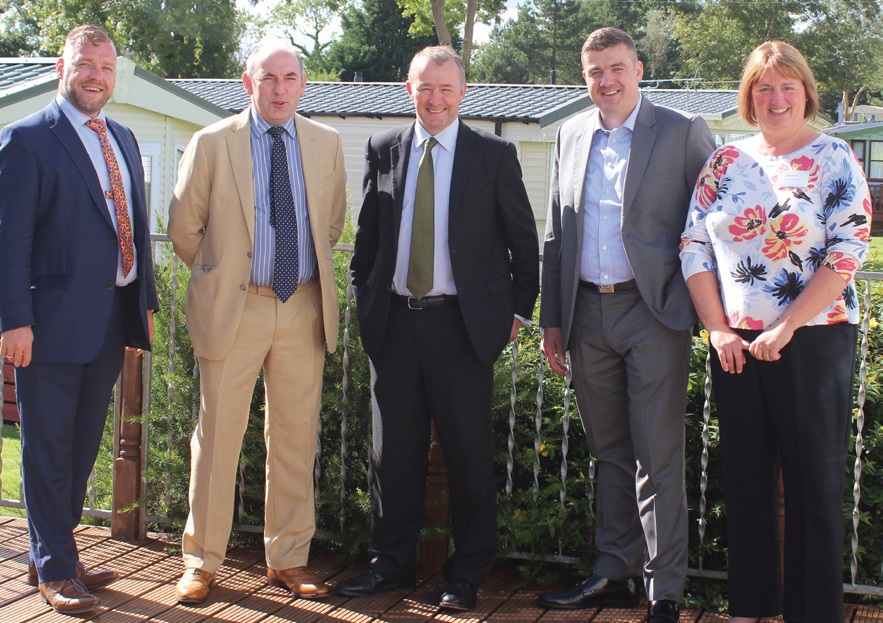 Holiday parks are at the forefront of West Wales’ booming tourism economy, according to West Wales MP Simon Hart. Mr Hart was at Cross Park Holiday Village in Kilgetty, near Tenby, in September where park owners and managers met for their end-of-summer conference.

The Carmarthen West and South Pembrokeshire MP was the principal speaker at the conference, organised by the West Wales branch of the British Holiday & Home Parks Association.

Feedback from parks, the MP told delegates, suggested that many were reaping the benefits of the continued investment they had made in the quality of their product.

The longer-term implications of the Brexit vote were also addressed by Mr Hart who said he believed that UK tourism would remain strong regardless of how EU negotiations concluded.

Areas such as West Wales, he said, had an enduring appeal both to British families and to visitors from overseas which would be undimmed by the final outcome.