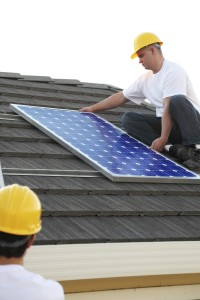 There are now a vast number of ways for holiday park owners to save energy and reduce costs.

Put aside all the moralistic haranguing about improving energy efficiency and cutting down on waste ‘for the good of the planet’.

Investing in park efficiency makes just as much sense because it can cut swathes off your bottom line. With a vast number of cost-saving measures, offering fixed term payback periods, there has never been a better time to improve your green credentials and trim your annual overheads.

“Energy is usually the biggest cost after wages, so being energy efficient is key,” points out Jon Proctor, chief executive of Green Tourism.

“There are many ways that this can be incorporated; for example, lighting should now be LED as these are the most efficient and environmentally friendly forms both indoors and out,” says John.

“Space heating can be better-controlled with timers and occupancy sensors for lighting and heating will avoid wastage. Hot water should be stored no more than 60 degrees and ideas like solar hot water should also be considered.”

The owners of Concierge Camping, located on the Ratham Estate near Chichester have taken a ‘green’ approach to the design of their park and have made significant investments to future-proof the site. Guy and Tracey Hodgkin purchased the estate in 2011 and are bringing it back to its former glory. Last year saw the development of Concierge Camping – a luxury touring park on the estate, which offers 15 hardstanding pitches, each with a 16 or 32 amp electrical supply. The on-site shower and toilet block has an energy efficiency B rating and costs the park owners just £10 per week to run. The water is heated by highly efficient heat pumps and the internal environment is controlled by a heat recovery unit. All lightbulbs are LED and Guy plans to add solar panels to the building later this year, to efficiently generate electricity.

“We haven’t made a song and dance about our environmentally-friendly credentials, and if I’m honest, the top end market doesn’t really seem to pay much attention to it,” comments Guy. “When we opened Concierge Camping a year ago, I wanted to make the facilities as economical to run as possible. Every detail was thought out to from day one and the hope is that spending that bit extra on high quality equipment now, should pay-off in the long run.”

Charlie Boughton of Fields End Water Caravan Park, Lodges & Fishery adds: “Our energy efficiency isn’t something we shout about, but I feel it is almost expected by a lot of people these days. “If I am being honest, the main benefits of being energy efficient, is just that I feel I am doing my bit and peace of mind.”