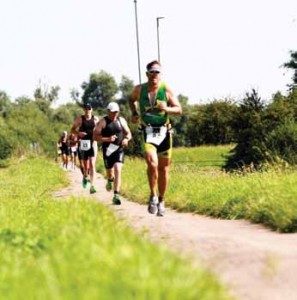 A growing number of holidaymakers are looking for challenging activity getaways.

Rise of the Triathlon Holiday

Boosted by the Brownlee brothers’ success in the 2012 Olympics, the triathlon has seen its popularity soar recently.

Combining swimming, cycling and running, British Triathlon says it’s the fastest-growing sport in the UK. But it’s not just the events that are on the up. Triathlon holidays are also taking off too.

For some, the thought of early starts, swimming in cold lakes and cycling up mountains would be enough to make them want to cancel the trip and stay at home. But the combination of sports, beautiful landscapes and meeting new people is proving to be an alluring prospect for an increasing number of British holidaymakers.

Research by the Triathlon Industry Association (TIA) found one in five triathletes travelled overseas to compete last year, with almost three quarters saying they would consider doing so in the future. Some combined an event with a triathlon holiday.

Now many holiday operators are offering tailored triathlon packages to meet people’s demand. Training Escapes, which promotes cycling and triathlon training holidays, says there has been a 35% increase in triathlon holiday providers over the past three years, with holiday makers up by 30-35%.