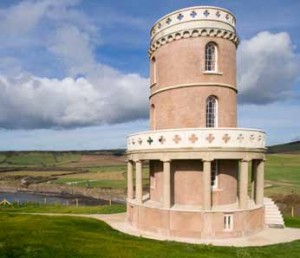 2015 is a special year for the Landmark Trust, marking 50 years since it was founded.

The Landmark Trust is celebrating its 50th anniversary this year, with a full programme of new projects and activities planned to mark the occasion.

Founded in 1965 with the simple aim of saving extraordinary buildings for future generations and allowing people to stay in them for holidays, the Landmark Trust is now a national heritage charity.

This year the Trust will complete the rescue of two more historic buildings; Belmont, a Grade II listed seaside villa in Lyme Regis, which will open for breaks for groups of eight people and St Edward’s Presbytery, a Grade I listed piece of Gothic revival landscape in Ramsgate. The Presbytery was on English Heritage’s Buildings at Risk register but will be carefully restored by Landmark for self-catering holidays for up to four people. The Trust will also be running its ‘50 for Free’ scheme, offering 50 mid-week and weekend breaks free to charities and organisations in March.

Anna Keay, Landmark Trust’s director, said: “We are incredibly proud that over the last half century the Landmark Trust has been able to save some of Britain’s most precious places and given so many people so much joy.

“In fifty years, the Landmark Trust has rescued almost 200 buildings that would have otherwise been lost including castles, cottages, forts and temples.

“We want to celebrate our birthday by sharing these incredible buildings with everyone, and, we hope, to infect a new generation with the Landmark bug.”

In May, 25 Landmarks will open to the public as part of a special golden weekend. It is estimated that 95 per cent of the British population will be within 50 miles of free open days, when everybody will be able to see inside the properties and learn more about the history of the buildings and restorations.