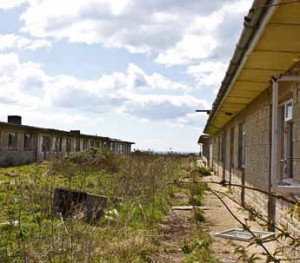 New owners want to create a holiday park at the derelict Atherfield Bay Holiday Camp on the Isle of Wight. Pic: TrevBish Photography

It could be ‘hi-de-hi campers’ for a former 1950’s holiday camp, with fresh plans to breathe new life into the abandoned site.

Developers plan to invest £10 million in Atherfield Bay Holiday Camp on the Isle of Wight to bring it up to date with contemporary holiday homes.

Set in 30 acres of land, the previously thriving camp ceased trading in 2007 and has since become neglected and derelict.

Plans lodged with the Isle of Wight Council seek to replace the existing 160 holiday chalets, the swimming pools and clubhouse with 95 modern, two and three-bedroomed holiday lodges, together with a new clubhouse and restaurant and two new swimming pools.

The holiday camp shot to fame when it was used by Channel 4 as the setting for Wakey Wakey Campers, a four-part reality TV series screened in 2005, which recreated a 1950s holiday camp.

Jake Slack, of Nottingham-based Richmond White Estates, which runs holiday, lodge and residential parks across the country, said they hoped to transform Atherfield into one of their flagship parks.

He said they hoped to start work early next year, subject to planning, and the site would be marketed to a world-wide audience.

Jake added: “We recognise it is a fantastic site and can see the potential there. In the past it has been a tremendous park and we want to recreate that.”