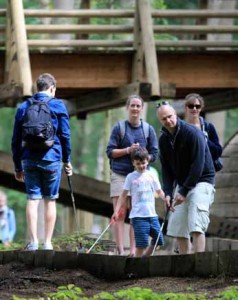 Center Parcs has announced plans to open a new holiday village in Northern Ireland in 2019.

The new development will feature up to 500 lodges, more than 100 indoor and outdoor activities, a spa, a range of restaurants and the iconic subtropical swimming paradise. The 375 acre site is currently owned by Coillte, the state forestry company and Center Parcs has signed an option agreement with the company.

The new Center Parcs, which is expected to open to guests in 2019, will create approximately 750 jobs during construction. Once open, the €200 million development will have capacity for up to 2,500 guests and will employ up to 1,000 people in permanent jobs. Center Parcs estimates that, when operational, the new holiday village will add approximately €32 million to Irish GDP per annum.

“We look forward to liaising closely with the local community during the next few months to fully share our vision and to explain the huge economic and social benefits that a Center Parcs holiday village will bring to the area.”