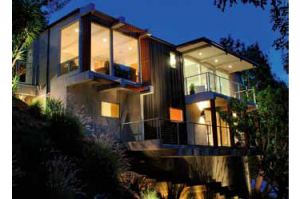 The new Silverlake park will include up to 1,000 state-of-the-art holiday chalets, plus a country club & spa.

Plans for a major new holiday park development have been given the go ahead by West Dorset District Council.

Up to 750 jobs are expected to be created, alongside hundreds of millions of pounds of construction investment, with the building of Silverlake on the site of the existing Warmwell Quarry near Crossways in Dorset.

Habitat First Group, which also owns award-winning and highquality sustainable holiday accommodation in the Cotswolds, is planning to build up to 1,000 holiday chalets and lodges, a country club and spa, while protecting hundreds of species of wildlife on the 560 acre site, as well as reinvigorating the local economy.

Will Vicary, managing director of Habitat First Group, commented: “We are pleased that the councillors have approved our request for outline planning permission. We are planning to create a truly unique concept for Dorset which boosts the economy, protects and manages the environment and benefits the local community with a long-term strategic plan for the quarry.”

A key component of the project is to protect and encourage wildlife at the site, with species surveys having been carried out to identify the key areas of ecological importance for breeding birds, reptiles, otters, water voles and bats for example.

As well as the development of the site itself, which is well concealed from its immediate surroundings, the plans include a focus on supporting the local tourist economy with the use of buses linking Silverlake with Moreton station, Dorchester, Weymouth, Poundbury and the coast, as well as the creation of cycling and foot paths so as to discourage car use. Will Vicary added: “We have been highly consistent in our vision and our approach of working closely with the local community.

Silverlake delivers nature conservation and landscape management at the highest level and firmly ties in with the key objectives in the Government’s National Planning Policy Framework and West Dorset District Council’s local planning strategy.” Silverlake is expected be a key economic driver for the future of the West Dorset economy, encouraging inward investment, local spending and further employment. The construction stage alone is predicted to generate £470 million over a 20 to 30 year period, of which over half would be spent with local businesses.