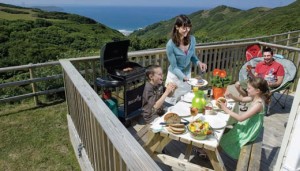 Despite a wet August, the UK’s holiday park sector enjoyed a bumper peak season of bookings this year. The summer was both cooler and wetter than the two previous summers, with temperatures below average and heavy rain at times. But it seems the weather didn’t dampen the spirits of the country’s holidaymakers. In September, Hoburne Holiday Parks revealed a 16 per cent increase in the value of bookings compared to the same period last year, meanwhile Hoseasons celebrated its fifth record summer in a row. Hoseasons managing director, Simon Altham commented: “I don’t think anyone would seriously claim it was a good summer when it came to the weather, but that clearly didn’t affect bookings. “People are more interested in the quality of the accommodation, what’s on offer nearby and having time to catch up with those that matter most to them, rather than the weather. They increasingly want experience-led breaks rather than weather-led ones, so while it’s always nice if the sun is shining, it certainly doesn’t matter if it isn’t.” In Devon, Woolacombe Bay Holiday Parks saw bookings increase by six per cent compared to 2014 during the summer season.The company had a 99.3 per cent occupancy level throughout the school holiday period, with many holidays booked at short notice. Forward bookings for 2016 are currently running at 19 per cent up on the same time last year. Sales and marketing director, Kevin Darvill said: “2015 has been a superb year for Woolacombe Bay Holiday Parks. We enjoyed record sales and excellent customer satisfaction levels and we look forward to another bumper year in 2016,” he added.