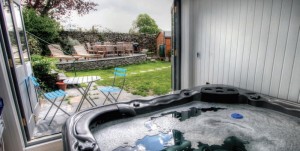 Holiday bookings in the North West are up by as much as 47 per cent this winter, according to cottages.com.

Holiday property owners in Windermere are enjoying a surge in demand as increased numbers of holidaymakers head to the Lakes this winter. Latest booking figures released by cottages.com revealed that December bookings were up by as much as 47 per cent compared to the same period in 2015. The figures indicate a positive growth for the winter season, showing the area has bounced back from last year’s difficult winter caused by the December flooding.

The survey also found that more than a third of us believe it is easier and more convenient to stay in the UK whilst one in five people enjoyed their 2016 UK break so much they wanted to repeat it. Speaking of the increasing demand, Anne Concannon, Regional Manager for cottages.com said: “It’s been a tough year for Windermere following the flooding, but we’re thrilled the area remains a desirable spot for holidaymakers. The demand for winter bookings has been fantastic and many of our properties have been reaching 90 per cent occupancy, which is extremely positive. The weekly bookings are increasing all the time, so there is definitely demand there and of course it is great news for local owners who are benefitting from a successful holiday let.”