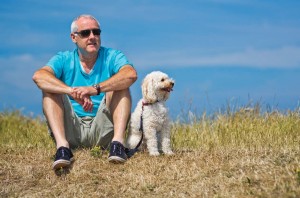 The industry enjoyed a record-breaking summer in 2016, with more holidaymakers than ever choosing to visit the UK. In fact figures from the Office of National Statistics showed that July was the highest month ever for inbound tourism with 3.8 million visits, up two per cent on the same period in 2015.

The weather we experienced during the summer was a mixed bag, starting of wet and cloudy through June but hotting up towards the end of August and into September. However, the changeable weather didn’t dampen the spirits of the UK’s holidaymakers who flocked to coastal resorts and parks regardless.

The Brexit vote further fuelled the staycation trend, leading to higher than average sales and bookings throughout the winter and into 2017.

The Holiday Park Scene team featured nearly 200 parks throughout 2016, with facts and information from more than 300 suppliers. Here we bring you just some of the headlines…

The Holiday Park Scene team launched into 2016 with tips for holiday park owners looking to improve their water play areas in Splash Attack.

We also explored the importance of selecting the right insurance partner and how it can be the difference between success and failure in the event of a catastrophe. There was also high acclaim for the winning parks of the 2015 UK Pool & Spa Awards, which we announced in the January issue of Holiday Park Scene.

Silver Sands Holiday Park in Lossiemouth was the first stop on our whistle-stop tour of the UK’s holiday parks, while Alan House of Holiday Resort Unity in Somerset gave us his analysis of the 2015 season and predictions for 2016 in Holiday Snaps.