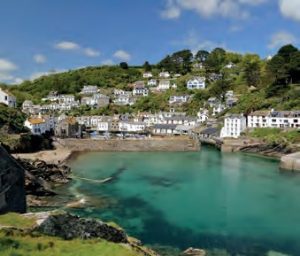 A BRAND NEW IDENTITY for the park reflects its gorgeous location near Polperro.

One of Cornwall’s most stunningly situated holiday parks has been re-christened with a new name which celebrates its unique location.
Now known as Polperro Holiday Park, it takes its title from the picture-perfect fishing port of Polperro which neighbours the park on Cornwall’s south east coast.

Owners, Park Holidays UK say the new name will help evoke far better the gorgeous scenery and magical atmosphere which awaits families coming here on holiday. The park was acquired earlier this year by the group and was previously known as Seaview Holiday Village.

The name change will also help avoid possible confusion with Seaview Holiday Park in Whitstable, Kent, which is also operated by Park Holidays UK.
Plans have been announced by the company to invest even further in Polperro Holiday Park’s facilities which include a modern indoor pool and family entertainments venue.