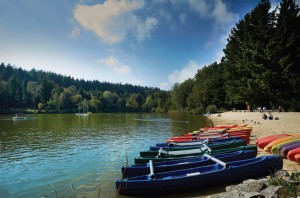 Center Parcs has submitted a planning application for a new holiday Village in Ireland.

Less than two years after the hugely successful opening of its fifth Village, Woburn Forest in Bedfordshire, Center Parcs has submitted a formal planning application for a new Village in Ireland. The company plans to develop a 395 acre site in Newcastle Wood, County Longford, into what will be their sixth Village and first venture outside of the UK. The development, named ‘Center Parcs Longford Forest’, will be ideally positioned in the heart of Ireland, with excellent transport links for families from both north and south of the border. The planning application outlines the transformative impact that the project could have on both County Longford and the national economy, including adding €1 billion to Ireland’s GDP over a 20 year period and creating approximately 750 jobs during construction and a further 1,000 permanent roles once operational. Subject to receiving satisfactory planning permission, Center Parcs Longford Forest could open to guests in 2019. The new site will incorporate 470 lodges and 30 apartments nestled into the natural surroundings, more than 100 indoor and outdoor family activities, an Aqua Sana Spa, a range of restaurants, shops and cafés and the iconic Subtropical Swimming Paradise.