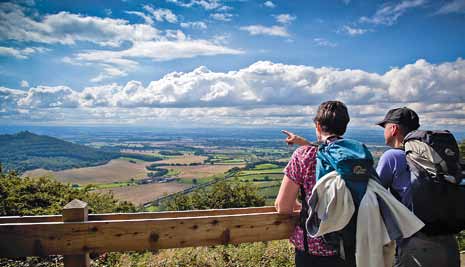 It is hoped that the new VisitEngland campaign will boost holiday bookings and support businesses affected by the bad weather earlier in the year. Pic: VisitEngland, Chris J Parker.

A new £2million government funded campaign has been launched to support businesses affected by the recent severe weather and to drive holiday bookings in England.

VisitEngland, the country’s national tourist board, has developed a campaign with two distinct elements - events focused on providing business support and a tactical marketing campaign called ‘Spot On England’, aimed at boosting bookings.

While tourism businesses in the main have been unaffected by the severe weather conditions, and the resounding message from industry has been ‘business as usual’, recent research by VisitEngland shows that 10% of consumers say that have been put off taking a trip to affected areas.

To combat this negative perception VisitEngland has launched a dedicated marketing campaign in the UK as well as in Belgium, Germany, and the Netherlands, called ‘Spot on England’. The campaign will promote England with great value offers to inspire holiday bookings. In addition, VisitEngland is partnering with a number of destinations to organise events around the country where tourism businesses can gain free access to experts on building design, communications, social media, marketing and legal issues to ensure greater resilience against severe weather conditions in the future.