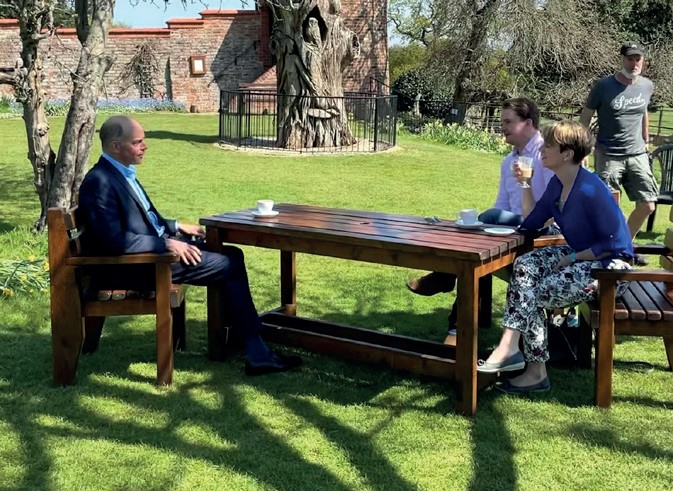 When property guru Phil Spencer wanted to showcase the beauty of North Wales for a recent episode of Location, Location, Location, it was a Wrexham holiday park which ticked all the boxes.
Plassey Holiday Park, Phil’s Channel 4 producers decided, would make the perfect backdrop to a key segment in the show when Phil discusses the options with his house-hunting couple.
That’s why the family-owned park, a winner of multiple quality awards, found itself playing a star role on television’s most popular property programme this autumn.
“We were delighted to welcome the TV crew to our park when the filming was carried out in spring,” said John Brookshaw who owns Plassey with his wife Sarah.
“The park has amazing views across the Dee Valley, and gave Phil and his couple the chance to chat whilst taking in some of the loveliest scenery in North Wales.
“The filming certainly turned a few heads among guests on the park when it took place, but we had promised not to disclose any details until after the broadcast.
“When it did go out in October, we received a flurry of enquiries after the show from people who had been captivated by the views they had glimpsed,” he added.