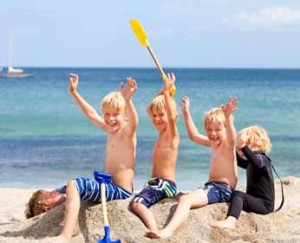 The Local Government Association (LGA), which represents councils across the country, is calling for the removal of a blanket ban that prevents mums and dads taking children out of school for holidays during term-time.

Under the current rules, hard-pressed parents looking to take family breaks during school holidays can find they are hit with costs that are sometimes more than double that of travelling during term-time. Such block bans can also be particularly hard on workers in key professions such as those working in the NHS, police force and the military as they are often unable to request leave during busy school holiday periods.

The LGA is therefore calling for it to be at the discretion of headteachers, not central government, to make decisions on a case-by-case basis.

Cllr David Simmonds, chairman of the Local Government Association’s Children and Young People Board, said: “Ensuring every child has a good school attendance is of paramount concern.

“However, common-sense must prevail in cases when mums and dads ask to take their child out of school during term-time if there is a legitimate reason,” he continues. “An outright ban is too simplistic, and doesn’t recognise that family life and circumstances aren’t always so black and white. There needs to be flexibility within the system.”

As a result of the crackdown on school absences, Mother Ivey’s Bay Holiday Park in Padstow has seen a notable decline in the number of families visiting the park during term-time. Booking figures show that around 200 fewer children in the 5-12 age group took term-time holidays in 2014, compared with 2013.

Park director Patrick Langmaid says the figures clearly indicate that the threat of fines and even imprisonment was scaring parents into not chancing a term-time holiday: “This devastating drop suggests that many thousands of youngsters throughout Britain are being denied important quality time with their parents.”