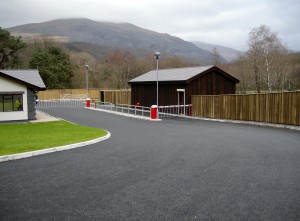 Wales’ Deputy Minister for Culture, Sport and Tourism, Ken Skates, will officially open a new £1 million touring caravan park in the heart of Snowdonia in March.

Llanberis Touring Park, which has 54-pitches on eight acres of land on the edge of the popular village of Llanberis, is now accepting bookings for the opening. Owners, Morris Leisure anticipates high demand from touring caravan and motorhome owners because of the park’s prime location in Snowdonia, which attracts more than 10 million visitors a year.

Morris Leisure’s managing director Edward Goddard said: “Llanberis Touring Park is an exciting development for the company and we’re sure that caravan and motorhome owners are going to enjoy the stunning location.

“We expect the touring park to generate in excess of £400,000 a year for the local economy, which has got to be positive news for Llanberis.”