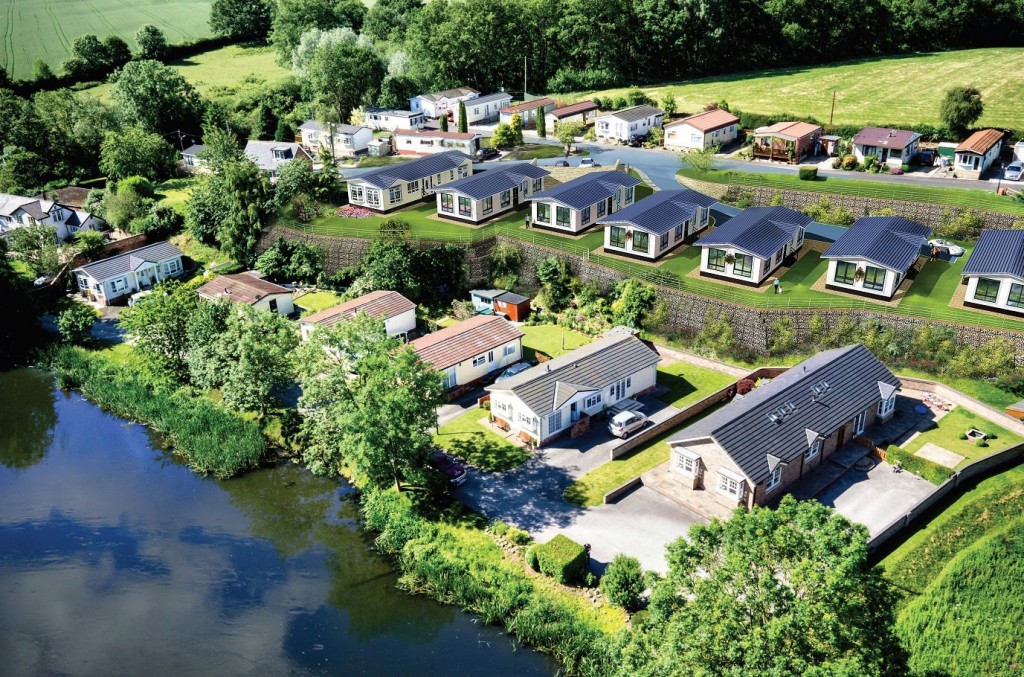 When Andrew Thornley’s parents diversified from running a bakery to running caravan parks in the 1960s, the ingredients were set for a family-run business that is still going strong almost 50 years later. Olympic Park Homes, as the company is now known, has been in operation for six years although Andrew Thornley has been in the residential park homes business for at least 17 years. Now in his sixties, Andrew is still very active in the business but is gradually passing over the reins to step-daughter Sam Leigh-Jones and her husband Darren Jones.

Six years ago, Sam and Darren took an increased role in the company, initiating a stronger commercial focus that led to them re-branding as Olympic Park Homes. Today, Olympic operates three residential parks - Delamere Grove and Meadow Home Park in Cheshire and Carrwood Park in Lancashire. All three Olympic parks are exclusive to people 50 years or older, are pet friendly and crucially, are set in stunning locations. Meadow Home is the newest and smallest of the three parks, but Sam considers it to be the family’s flagship park. “We bought Meadow Home from another family in June 2015,” explains Sam. “At the moment we have 18 homes there, but we already have planning permission for another seven. I don’t think you could find a more picturesque and peaceful location.”

THIRD TIER Meadow Home Park lies beside the River Weaver and the layout of the park takes full advantage of its natural topography. The development, which will add in a third tier of new homes to replace older models, is planned to start this May. Sam hopes that it will be completed by September. “We’re really excited about this project and also keen to get it completed,” says Sam. Darren, Sam and their two daughters live on the site and take a strong personal interest in their residents.

To read more on this story subscribe online today.