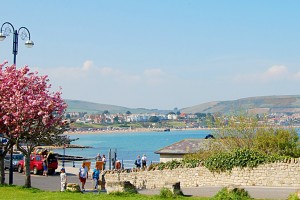 It was back in the 1950s when teenage entrepreneur John Berkley, rented a piece of land for £1 a week and started selling touring caravans on sale or return. For 12 years, seven days a week, John grafted to build the Yeovil Caravan Company into a respected, local business. Over time, he was well placed to take advantage of the demand for holiday accommodation in the beautiful Somerset countryside. It wasn’t long before John also spotted a gap in the market for residential mobile homes and in 1955, Berkeleyparks precursor, Mobile Home Parks Ltd, was born. The name change to Berkeleyparks came later and any resemblance to John’s own surname is somewhat coincidental. Berkeley Coachworks was a well-known caravan manufacturer with an exciting sideline in racing and sports cars. Sadly, when the bottom fell out of the caravan market in the 1960s, the company went into liquidation but John Berkley purchased the rights to the name.

The Berkeley Leisure Group Ltd, trading as Berkeleyparks, has grown substantially over the years to become one of the most prolific park operators in the UK. The Group’s portfolio now stands at 50 parks in 21 counties of England and Wales, with around 6,000 homes and 10,000 residents. Founder John Berkley, now Chairman and Managing Director, is still firmly at the helm, steering the Berkeleyparks business into the future with the aid of his wife and fellow Director, Anne Berkley. Other Directors include David Curson (Operations), Paul Tarr (Sales and Marketing) and James Leese (Projects and Development). The Berkeley Leisure Group Ltd employs around 200 staff in total across all of their parks. At least 30 of the team are based at the magnificent listed building, West Coker House, on the outskirts of Yeovil, which has been the company’s Head Office since 1968.

Residents of New Park in Bovey Tracey, Devon, benefit from its stunning location on the doorstep of Dartmoor