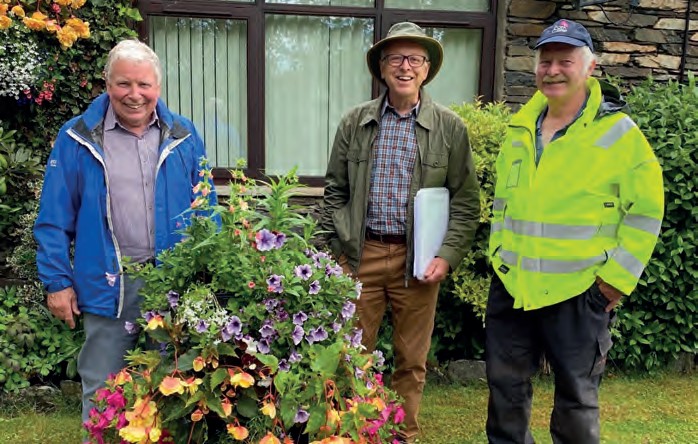 BLOOMING MARVELLOUS: pictured at Park Cliffe are (from left) Cumbria in Bloom judges Ronnie Auld and Chris Scales, together with the park’s head groundsman Roger Holmes who masterminds the annual floral displays

Lakeland’s Park Cliffe holiday park has returned from the recent Cumbria in Bloom awards with a whole bunch of floral and environmental accolades.
The family-run park, near the shores of Windermere, scooped no fewer than four glittering prizes in the competition which attracted hundreds of entries from across Cumbria.
Judges described Park Cliffe as “outstanding” and a perfect fit to the world-famous landscape where wildlife and nature were given the same VIP treatment as guests. The four awards celebrated different aspects of the park including its stunning floral displays, the care of its woodlands, and the wide range of biodiversity in its grounds.
The park has been owned for over 13 years by Susan and Derek Dickson and has won a host of awards for its care of the natural world and conservation work. But Susan says that the real credit for its 2021 Cumbria in Bloom success was owed to its green-fingered staff team, and especially head groundsman Roger Holmes.
“Guests often comment on how visually stunning the park looks, not just in spring but also right throughout the year, thanks to Roger’s imagination and careful planning. 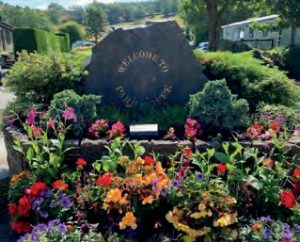 LOTS OF THE BLOOMS are specially chosen for their high nectar content, providing valuable foraging for insects

“Roger also gives priority to high nectar-bearing blooms, including wild flowers, which provide valuable foraging for butterflies, honey bees and other pollinators.
“We also try and ensure that there are plenty of late-flowering plants at this time of year so that these insects can top-up their energy levels before winter sets in.”
Park Cliffe nestles in 25 acres of picture-perfect countryside, and provides holiday homes to rent and buy, glamping pods, and pitches for touring caravans, motorhomes and tents. The park has been praised for the many wildlife habitats it has created, its championing of local foods in its shop and restaurant, and the use of low-level lighting so guests can enjoy the night sky.
Other initiatives include the banning of single-use plastics throughout the business, and the switch to non-polluting all-electric vehicles around the grounds.