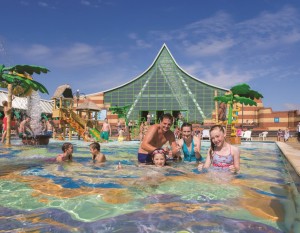 Vauxhall Holiday Park in Great Yarmouth is the first acquisition for Parkdean Resorts since the merger.

Parkdean Resorts has snapped up a five-star resort in Norfolk in its first acquisition since the firm was formed following a significant merger of Parkdean and Park Resorts last November. The operator, which owns 72 holiday parks nationwide, has bought Vauxhall Holiday Park in Great Yarmouth for an undisclosed sum.

The park has been owned and developed by the Biss family since 1964 and welcomes in excess of 80,000 holidaymakers each year. The freehold park comprises 390 caravans and lodges, 48 apartments and 180 touring and camping pitches across 41 acres. It is well invested, with a substantial range of high quality retail and leisure facilities. John Waterworth, Chief Executive of Parkdean Resorts said: “This continues our long term buy and build strategy which has been successful in developing Parkdean Resorts into the sector leading business it is today. Vauxhall is a thriving and well-managed park that will fit perfectly into the Parkdean Resorts portfolio offering customers even broader choice in Norfolk alongside our other parks East Anglia.”

John also confirmed that Parkdean Resorts is confident of another successful year of growth, with holiday sales for the year 9% ahead of 2015: “The group has been acquisitive since its formation and we see further opportunities in this highly fragmented sector via both single parks and multi-site portfolios.”