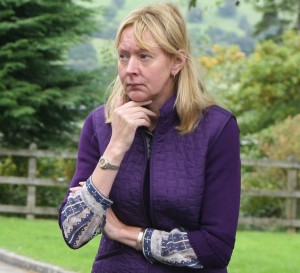 Fears for the future of Cumbria’s tourism industry have prompted the owner of an award-winning Pooley Bridge holiday park to launch an online Parliamentary petition.

Barbara Allen, director of Park Foot Caravan and Camping Park, hopes to try and force a debate among MPs on the halt of river dredging in the UK. If her petition passes the 100,000 signature mark, it’s likely that the House of Commons will examine if blocked river beds are at the bottom of Cumbria’s flooding problems.

Park Foot is among many tourism businesses in the Lake District hit hard by December’s deluges.

“We’re busy ticking the EU’s box of not interfering with the flow of rivers in their beds, and ignoring the simple fact that rainwater comes from the sea and needs to flow back there,” said Barbara. “I hope we can achieve the signatures we need for a debate before the referendum in June as we are unable to reverse this directive whilst we remain members of the EU.”