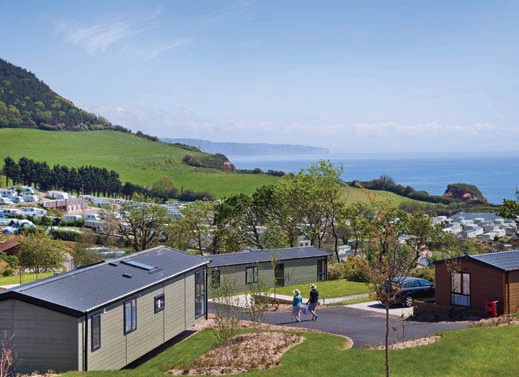 The owners of Ladram Bay Holiday Park are stepping up their efforts to make the park a haven for flora and fauna, including endangered species.

Visitors to Ladram Bay Holiday Park this year are being invited to enjoy a ‘green safari’ of the grounds where a raft of new wildlife-friendly initiatives are taking place. Last year the park was named by world-famous botanist David Bellamy as a winner of his prestigious conservation award at its top gold level.

Now Ladram Bay’s family owners say they intend to move up another gear in their efforts to make the park a haven for flora and fauna, including endangered species. Holiday guests, it says, will notice many new plantings of native trees, shrubs and flowers – including foxgloves flourishing in fallen trees which have been allowed to naturally decay. At the same time, the park will be removing various non-native species such as laurel – and bolstering its historic hedgerows with new plants such as blackthorn, spindle and hazel.

Credit for much of the work, says Ladram Bay, is due to head gardener Scott Rowe who leads a four-person grounds-keeping team tasked with putting the park’s plans into action. Park director Zoe House says the latest initiatives will add an extra dimension of discovery for holiday guests to enjoy during their stays: “Our family first started welcoming holidaymakers to Ladram Bay Holiday Park more than seventy years ago,” said Zoe. “It was then a farm, and we have never forgotten our agricultural roots and the importance of managing the land in a sustainable way. “Protecting the natural world and its inhabitants is even more important now than it was then, and we try to ensure that the park is as welcoming to wildlife as it is to guests.”