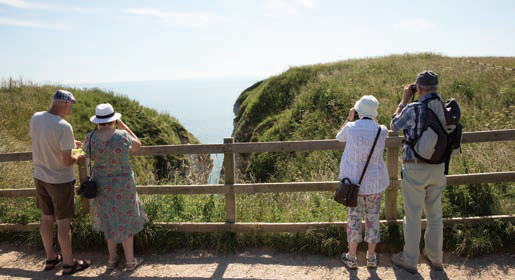 Record numbers of international tourists are visiting Great Britain and they are spending more too, according to official statistics. The report by the Office of National Statistics shows that in the first nine months of 2016 there were a record-breaking 12.2 million visits to English regions outside London, up 4% compared to the same period in 2015.

Spend by international visitors across England’s regions also set a record during this period, up 2% to £5.9 billion. Wales saw inbound visits increase 12% from January to September last year and in Scotland visitor numbers grew by 4% to 2.2 million - the strongest year to date since 2007.

VisitBritain Chief Executive Sally Balcombe said: “Inbound tourism is one of our largest export industries and it is very encouraging to see that growth is being spread right across our nations and regions, demonstrating the industry’s increasing importance as a driver of economic growth and jobs.”