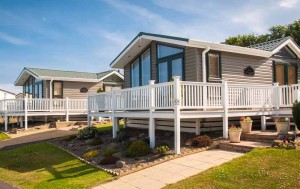 Seafield currently boasts 380 privately owned caravan pitches, with a further 30 due to be added for the start of the 2015 season.

Located adjacent to the picture-postcard village of Seahouses on the Northumberland coast, Seafield Caravan Park offers its guests the ultimate peaceful getaway.

The park boasts a string of accolades, including a gold David Bellamy Conservation award and a gold Enjoy England award. Most recently, Seafield was named as VisitEngland’s Holiday Village of the Year 2014 and also took gold in the North East Tourism Awards for the seventh consecutive year.

“The peace and tranquility of the park is one of its greatest attractions, which is why we have resisted any temptation to build bars or evening entertainment centres on site,” explains Alison Thompson, park manager.

“By far the most critical aspect to the success of the business is the team of people that work on the park, who constantly deliver exceptional customer service which in turn encourages our customers to return year after year.” 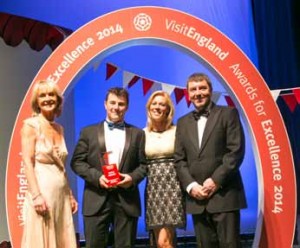 Seafield is managed by Alison’s father, Ken Britton, along with several other members of the family who are involved in managing the daily running of the business. Part owned by the Britton family, and partly by the Earl of Moray, the park was established in 1960 as a small caravan site. By 1979, it had expanded to include 200 pitches, plus utilities and touring pitches. In 2001, 200 further pitches were added, followed by the construction of a £2.5 million private leisure club, The Ocean Club, consisting of a 20m indoor swimming pool, a separate children’s pool, gymnasium and spa area.

“Our mission statement of going far beyond expectations is achieved by giving a five star service in every aspect of our business. Attention to detail is of the utmost importance leaving no stone unturned however trivial it might be,” says Alison.

“Perhaps one of our biggest challenges is to always be one step ahead and thinking of ways to continually improve the facilities and service we offer to our guests.”

The majority of caravans on the site are privately owned, but the park also hires lodges, apartments and touring pitches. During the peak season, Seafield operates at an average occupancy rate of 92 per cent across its caravans and chalet lettings, of which 62 per cent are repeat bookings.

Alison comments: “Our typical customer base includes families with young children, activity groups such as golfers and walkers, plus over 50’s looking to rest and relax. We liaise with tourism partners to identify our target market and work closely with them as well as other tourism businesses in the community to conduct marketing and promotional campaigns to attract new and existing customers to stay with us.”