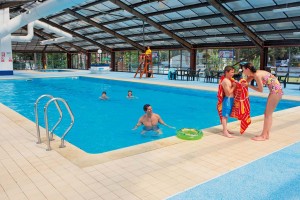 A chemical leak at Wild Duck Holiday Park near Great Yarmouth led to around 40 people needing treatment for breathing difficulties.

Almost 40 people were treated by paramedics following a chemical leak at a Haven holiday park swimming pool.
Emergency services, including police, fire and ambulance crews, were called to Wild Duck Holiday Park in Belton near Great Yarmouth in Norfolk.
Norfolk Fire Service said vehicles including an environmental protection unit dealt with a chlorine leak. The immediate area was evacuated and a 20 metre cordon was put in place.
Casualties were taken to three local hospitals to be treated for breathing difficulties.
Superintendent Roger Wiltshire of Norfolk Constabulary said: "The incident was quickly contained and the site has now been declared safe by Norfolk Fire and Rescue Service. The casualties have now been transferred to hospital to be treated and there is no further risk to those staying on the site or to anyone living locally.”