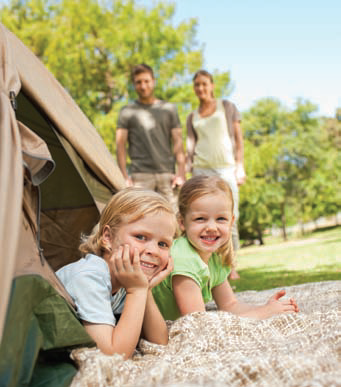 Camping is on the up according to a new report by Mintel, which suggests that Great Britain’s camping and caravanning market will be worth over £3.2 billion by 2020.

A total of over 17 million camping and caravanning trips are estimated to have been taken by UK adults in 2016, over 15 million of which were in Great Britain, and include a spectrum of accommodation options from yurts, safari tents and shepherd’s huts to tiny two-berth mini and large luxury caravans, sophisticated motorhomes and holiday lodges.

The total trips taken figure is expected to rise to 17.9 million in 2017 and to over 21 million in 2020. Of those camping in a tent in the last three years, ‘getting away from it all’ is one of the key attractions (42%) as well as ‘connecting with nature’ (41%). Market drivers for camping, caravanning and motorhomes trips in recent years include a reduction in petrol prices and a desire for families to reconnect with their environment.