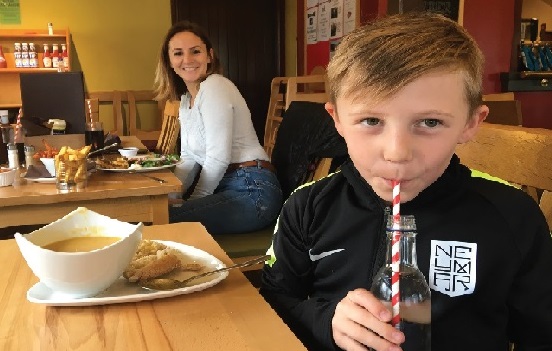 A Windermere holiday park has become one of the first resorts in the industry to call time on plastic waste. Pre-empting even governmental moves, the forward-thinking Park Cliffe has announced a crackdown on plastic items which are designed for single use, including straws, bags, bottles, sauce sachets and coffee cups. From now on, holiday guests will be asked to join the park in helping to tackle the mountains of waste plastic accumulating in our oceans and rivers. Old fashioned paper drinking straws are being drafted in, and items once sold in plastic bags will be handed over in a biodegradable paper bags. Park Cliffe’s cafe has squeezed out sauce sachets in favour of condiments in glass bottles, and takeaway coffees and teas will now come in compostable cups. Or if customers bring their own reusable cups, a 25p discount will be offered.

It is also pulling the plug on water sold in plastic bottles, and installing a filtered water dispenser so that guests can fill their own bottles free of charge. The park has taken delivery of a plastics recycling station so that the waste can be disposed of without causing pollution. Based on the shores of Windermere, Park Cliffe provides luxury holiday homes to rent and buy, glamping pod accommodation, and pitches for touring caravans, motorhomes and tents. “Thanks to programmes such as the BBC’s Blue Planet series, I think we’re all much more aware of the threats posed by plastic, and not least to wildlife,” said park co-owner Susan Dickson. “Footage of turtles and other marine animals trapped in plastic bags has made a big impact on many people, and we all know that a solution must be found. “Park Cliffe tends to attract those with a concern for the natural world, and they are very supportive of our steps to become more environmentally friendly,” added Susan. Waging war on plastics is not the park’s only move to protect the natural world, and Park Cliffe’s many awards include accolades for its care of the countryside. Earlier this year, the business also announced it was ditching diesel for many of the journeys made around the 25-acre park by parking up its Land Rover in favour of an electric vehicle.