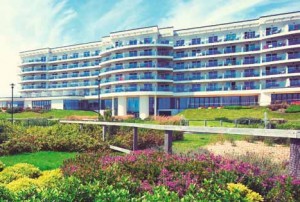 Over 200 holidaymakers are suing Butlins after suffering a gastric illness while staying at the Bognor Regis resort between May and July 2011.

Butlins’ parent company Bourne Leisure says it will ‘robustly defend’ legal action being taken by more than 200 holidaymakers in relation to problems at their Bognor Regis resort in 2011.

Legal firm Irwin Mitchell is representing more than 215 holidaymakers following a denial of liability by Bourne Leisure. Court proceedings relate to an outbreak of illness at the Bognor Regis resort between May and July 2011.

The holidaymakers are said to have cited a range of issues at the resort, including undercooked food, flies seen on and around food, pigeons on tables, rude staff, managers ignoring requests for help and asking ill guests to leave early, sewage smells around the resort, a cloudy swimming pool with slime around the edges, and failure to clean communal areas.

Elizabeth Tetzner, at Irwin Mitchell, who is representing the holidaymakers said: “Our clients have given us worrying accounts of their stays, including concerns regarding cleanliness, standards of food preparation and service as well as their treatment by staff.

"Bourne Leisure has denied liability and as such our clients have been left with no other option than to issue court proceedings as they seek justice for their ruined holidays.

“Gastric illness can have a devastating impact on people’s health and the effects of it cannot be underestimated,” she said.

In response, Butlins issued a statement, which read: “We will robustly defend this speculative action raised at the High Court in Birmingham. We operate our resorts to the highest health and safety standards and work closely with the Health and Safety Executive to ensure that our guests’ safety takes priority.

“Our standards of cleanliness and hygiene are recognised throughout the tourist industry worldwide. Such is our reputation on health issues that environmental officers from around the UK have described our policies and procedure as outstanding.”