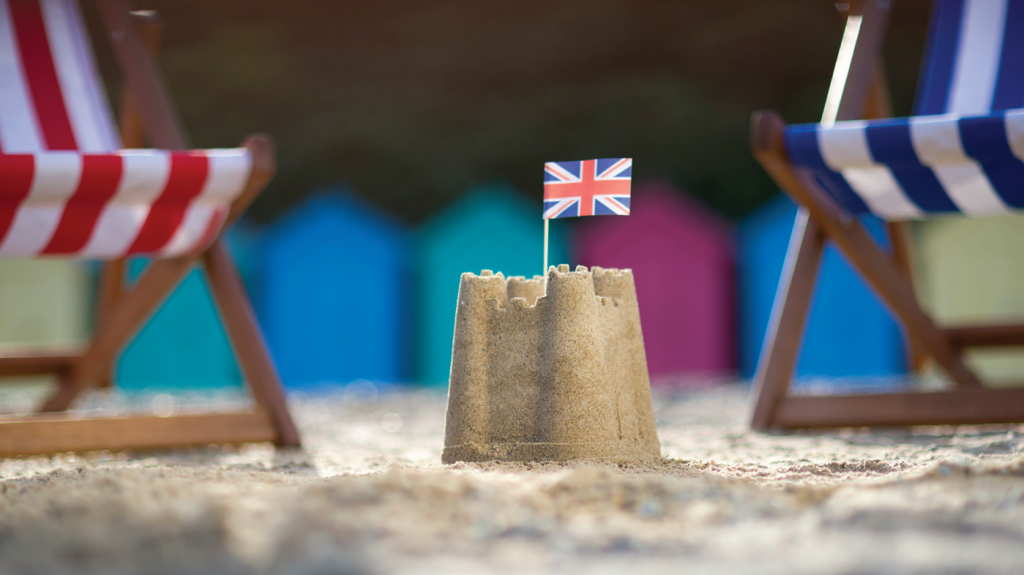 A record number of Britons are choosing to take their holidays in this country, early reports on 2018 trends suggest. The Brexit decision fall-out, implicit in the the falling value of the pound, means holiday makers are being turned off the stress and strain associated with overseas trips. A survey published last month suggested that more than four out of five Britons would rather stay at home than suffer the stresses of traveling abroad. At the same time, they are being lured to stay closer to home by the extended spell of sizzling summer weather. Research, by Barclays, has found that more than a third of Britons will have taken holidays closer to home this year, with 21 per cent using this as their main holiday. Rural areas are expected to benefit most, with southwest England attracting 30 per cent of holidaymakers and Scotland drawing 22 per cent. This growing trend for staycations has led to a nine per cent rise in revenue at Britain’s biggest holiday parks, according to research by the lender Ortus Secured Finance. Turnover at the 100 largest operators reached £2.7 billion last year, up from £2.46 billion in 2012. “Caravan, camping and holiday parks are going from strength to strength,” Jon Salisbury, OSF’s managing director, told The Times.

Parkdean Resorts, which was the UK’s largest holiday park operator, was sold to Onex, a Canadian private equity company, for £1.35 billion in December. Rivals, Park Leisure 2000, was sold for £103 million to a consortium led by Midlothian Capital Partners in February, and Intermediate Capital bought Park Holidays for £362 million last year. A rise in overseas visitors and the growing popularity of staycations have helped boost UK tourism. Inbound tourism to Britain is also booming, with foreign tourists attracted by the weak pound. According to Visit Britain, inbound flight bookings for April to September surged by 21 per cent compared with the same period last year. Patricia Yates, strategy and communications director of Visit Britain, said that there was “particularly strong demand from our long-haul, high-spending markets, China and the US”. However, foreign visitors prefer city breaks, with 67 per cent visiting only London while in the UK. About 30 million British citizens holiday in other EU countries every year, accounting for 76 per cent of the outbound travel market. However, John Lennon of Glasgow Caledonian University has forecast that the costs of flying, travel insurance and mobile data usage could soar after Britain leaves the EU. A legal framework for flights after Brexit has yet to be agreed and airlines warned that with more than 60 agreements to be renegotiated, planes could be grounded until a deal is reached.