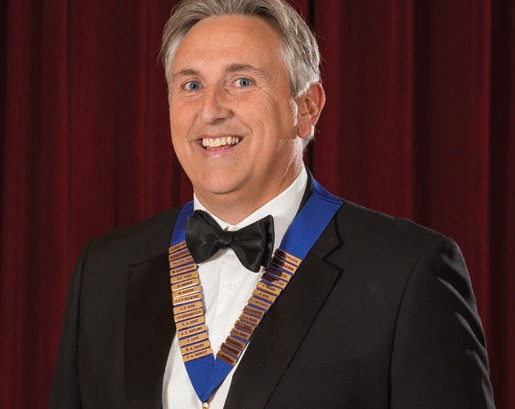 Paul Searle has been appointed as the new Chairman of the BH&HPA.

Paul Searle, managing director of Searles Leisure Resort in Hunstanton, North Norfolk, has become the new national chairman of the British Holiday & Home Parks Association (BH&HPA). The organisation brings together the owners and managers of some 3,000 park businesses which, according to tourist board statistics, accommodated 13.5 million holidays in 2015.

The figure equates to 30% of all holiday nights spent by domestic holidaymakers in Britain that year. Paul believes that the association he now chairs is stronger today than at any other point in its 60-plus year history: “Ours is an incredibly diverse industry, bringing together businesses of all types and sizes,” he says. “The sector includes many long-established family-owned enterprises, which form the majority of BH&HPA’s membership, as well as major holiday park groups with a national presence.

COMMON GOAL “What binds us together, however, is a common goal – and it’s that of constantly evolving, and refining the standard of the services and facilities we offer to customers. “An important way to achieve this is by parks coming together to share their knowledge and experience, and the association is the perfect platform for facilitating this,” said Paul. Paul heads one of Norfolk’s largest and most popular holiday centres which he manages in partnership with his brother Andrew and sister Joanna.

The family business was founded in 1954 by Paul’s grandfather, Geoffrey, and began life as a modest touring park serving visitors to the popular coastal resort of Hunstanton. Today, Searles provides more than 500 privately owned and rented caravan holiday homes and lodges, as well as 300-plus touring pitches plus luxury timber camping pods. Paul follows his father, Richard, who served as BH&HPA national chairman from 1995 to 1997, and who was appointed MBE for his services to tourism in 2001.