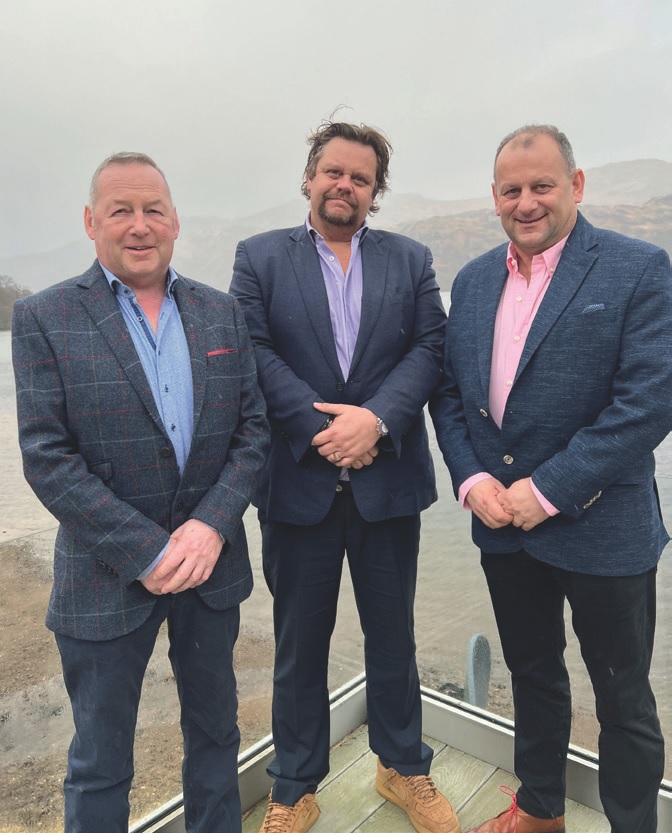 One of Scotland’s leading holiday brands has been sold to international resort operator Cove Communities. Argyll Holidays, which owns eight holiday parks across Argyll and Bute, will be the fifth acquisition by Cove Communities under Mark Seaton as Managing Director of Cove UK.

Cove Communities is continuing its UK expansion following its first purchase which was the Bunn Leisure Family Resort, a 300 acre site in Selsey, West Sussex, now marketed as Seal Bay Resort. Cove also recently bought Medmerry Park, near Chichester which adds to its previous acquisitions of Gwel an Mor in Cornwall and Kings Park in Essex. Owned by the Campbell family who started out as sheep farmers, Argyll was established in 1967 with the development of its flagship park, Drimsynie Estate. Since then, it has grown to a group of eight holiday parks in and around the breathtaking Loch Lomond and Trossachs region of Scotland, just an hour’s drive north of Glasgow.

Keith Campbell, Director of Argyll Holidays, said: “Whilst we have been approached over the years by different buyers, Cove was the first company that we felt understood what we stand for and could continue what we started.” Cove UK is intent on building on Argyll Holidays strong reputation and commitment to serving its owners, guests and the local community for years to come. Cove UK has a pledge to source at least 20% of produce locally, build local partnerships and actively engage in local community initiatives. Cove UK’s Go Wild outdoor activities and environmental education programme is already flourishing at its other Parks including Seal Bay Resort (formerly Bunn Leisure) in West Sussex and Gwel an Mor in Cornwall.

Mark Seaton, Cove UK Managing Director, said: “We are delighted to add Argyll to our portfolio and will continue the exceptional work that the Campbell family has started. “Most importantly we will grow and develop the vision of Argyll under Cove, through sustainable business practices, a commitment to environmental conservation and investment in people and the local community.”