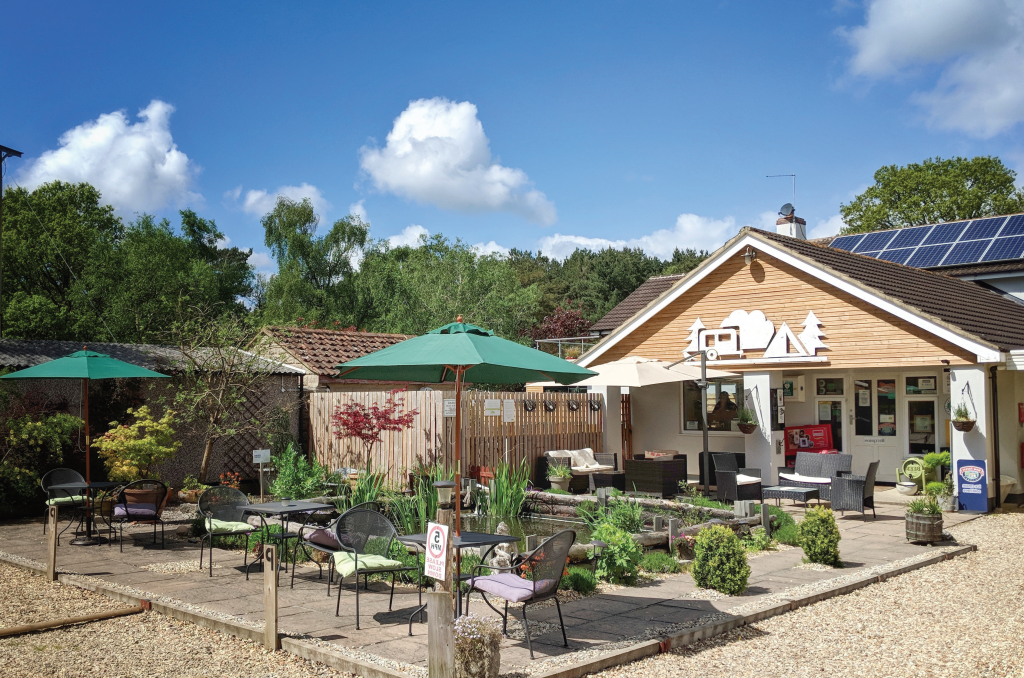 An ‘adults only’ holiday park in the New Forest which promises tranquil stays in a child-free environment is celebrating a clutch of national awards. Owned by husband-and-wife team, Martin and Victoria Bowrey, Back of Beyond park near Ringwood, can now boast four accolades for the excellence of its grown-up surroundings. They include a top conservation award from botanist David Bellamy, a gold pennant from the AA, and a TripAdvisor Certificate of Excellence for its consistently glowing reviews. Back of Beyond was also voted as being among the top 100 of Britain’s 3000-plus holiday parks by the readers of top-selling Practical Caravan magazine. The honours have provided a fantastic start to the 2018 holiday season according to Martin Bowrey who runs Back of Beyond with his wife Vicki. It was just over four years ago that the couple sold their successful London photography business and took a gamble on their future in rural Dorset.The aim, said Martin, was to run an eco-friendly holiday park for nature-loving guests in a part of the country where they, as a family, often went camping. It was decided to place an 18-plus age requirement on guests so that adults could enjoy stays guaranteed free from the patter of tiny feet. The park, said Martin, appeals especially to people who spend their working lives with children – such as teachers and child-care professionals – and to more mature guests. Covering 30 acres of quiet countryside, over half of which is woodland, Back of Beyond provides 80 pitches for camping, touring caravans and motorhomes. 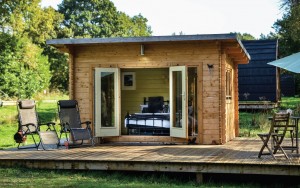 The couple now also offer ready-erected tents, yurts and timber lodges for glamping guests with comforts such as full-size double beds, heating and kitchen areas. Back of Beyond’s guests also include a quarter of a million honey bees in its hives, and which thrive on the high pollen-bearing blooms of the park’s many wild flowers. Their honey is sold in the park’s shop, and Martin and Vicki have imposed a total ban on herbicides which, say nature experts, are causing a worrying decline in bee populations. Other natural attractions at Back of Beyond include two picturesque lakes and a stretch of the Moors River where the wildlife includes otters, dragonflies, and many different bird species. Martin said it was wonderful to be able to enter the summer season with so many awards, and that a lot of the credit must go to the park’s staff: “The feedback we receive from holiday guests, and which helped contribute to these awards, often highlights the park’s friendly atmosphere and the hospitality provided,” said Martin. “Delivering this is very much in the hands of our team as well as Vicki and me, so we owe them a big thank-you for helping to create so many memorable experiences. “I hope these awards will benefit not just us, but also other tourism businesses in the New Forest area by showing what a great part of Britain this is for taking a holiday,” added Martin.

Back of Beyond Touring Park
Tel. 01202 876968
www.backofbeyondtouringpark.co.uk