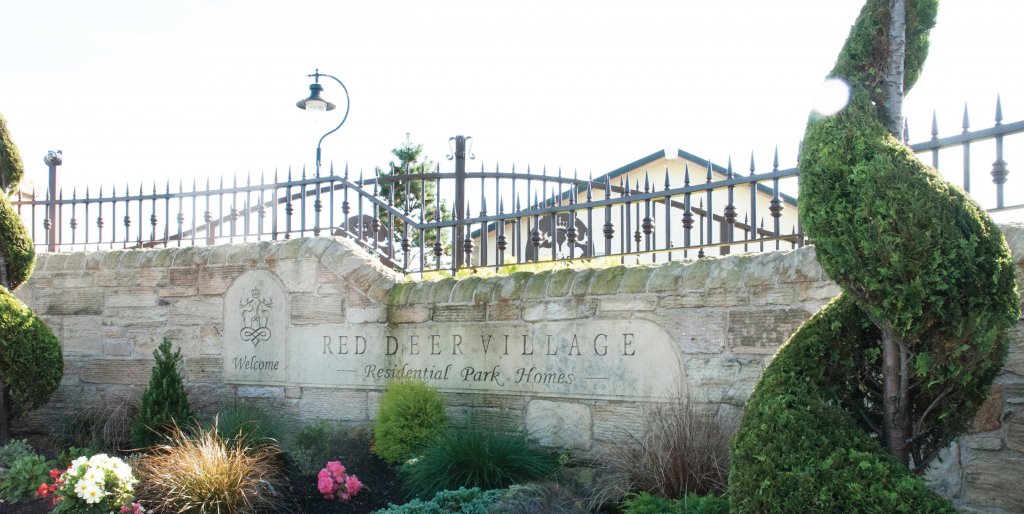 ABOVE: Red Deer Village at Stepps is only one of a handful of residential parks for the over 50s throughout Scotland.

Returning north of the border after many years living in southern England and abroad, brothers John and Ivan Hendry were surprised to find that Scotland’s park owners had not embraced the trend for luxury residential park living they had seen elsewhere. Red Deer Village at Stepps, on the doorstep of Glasgow, is still only one of a handful of retirement villages for the over 50’s throughout Scotland – and is the only one in North Lanarkshire. The Hendry family have owned the land since 2004 when they first purchased Red Deer Village Holiday Park as a going concern. Spotting a gap in the market fi ve years ago, the family vowed to introduce high quality residential homes to the 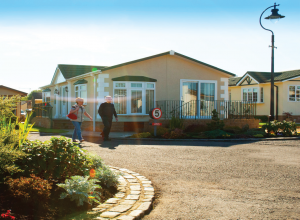 region. Today, Red Deer Village is home to over 80 residents across 57 park homes on a beautifully landscaped site adjacent to the fi ve star rated holiday park. New homes are currently selling from a third phase of 30 park homes, and the park will eventually featurea total of 187 homes spread across five development phases. After five years of operation, John Hendry says he is surprised not to have seen more of this type of development in Scotland by now. “Whilst it’s very special to be only one of a handful of residential villages offering this concept, we would like to see an expansion of this sector in Scotland. We’re not scared of competition! It would be a good thing, as we are confi dent that our product is the very best it can be.” The Hendry brothers manage the park with the help of 14 staff, their children and sister Ashleigh, who is responsible for designing the interiors of all the luxury park homes at Red Deer Village. 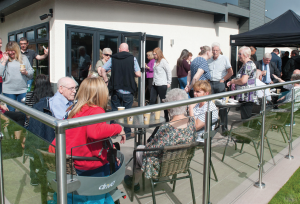 ABOVE: In September 2018, the Scottish park celebrated the first anniversary of its bespoke community hub, built by Pathfinder Homes.

The homes in the park are sourced from leading supplier Stately Albion, and finished with unique touches by interior designer Ashleigh that reflect the park’s Scottish heritage. According to the team, a particular challenge is raising awareness that purchasing a home in a residential park like Red Deer is an attractive financial solution for downsizing in your 50s, rather than just a housing option for very elderly people. A strong sense of community shared amongst like-minded people is one of the key benefi ts of park home living and Red Deer Village is a prime example of a park that really does put its residential community at its heart. In September 2018, the Scottish park celebrated the fi rst anniversary of its custom-built community hub, a £450k building created by Pathfi nder Homes, and the fi rst of its kind in the UK.

“The hub has become the focus of the park,” says John Hendry. “We have left what goes on here in terms of entertainment and socialising entirely up to the residents – it’s their space, and I think they have done a great job!” The hub is a completely bespoke building with a comfortable interior and outside decked area. Inside, there is a cosy fire, sofas, coffee area, luxury soft furnishings, toilets, and several individual rooms and offi ces. The hub is the meeting point for a wide range of resident groups and activities each week, and local MSP Fulton MacGregor even holds a regular surgery here. “We had an office type building here before but it was nothing like the hub,” says John. “This really is a luxurious, state of the art facility, and we feel it’s a real asset to the park overall.” According to John, as well as being justifiably popular with residents, the hub is also proving to make sound financial sense. “Close to half a million pounds was a signifi cant investment for our business and the hub took almost two years to come to fruition. However, since it’s launch, there is a marked increase in business, with more residents downsizing to a new lifestyle on our park.” 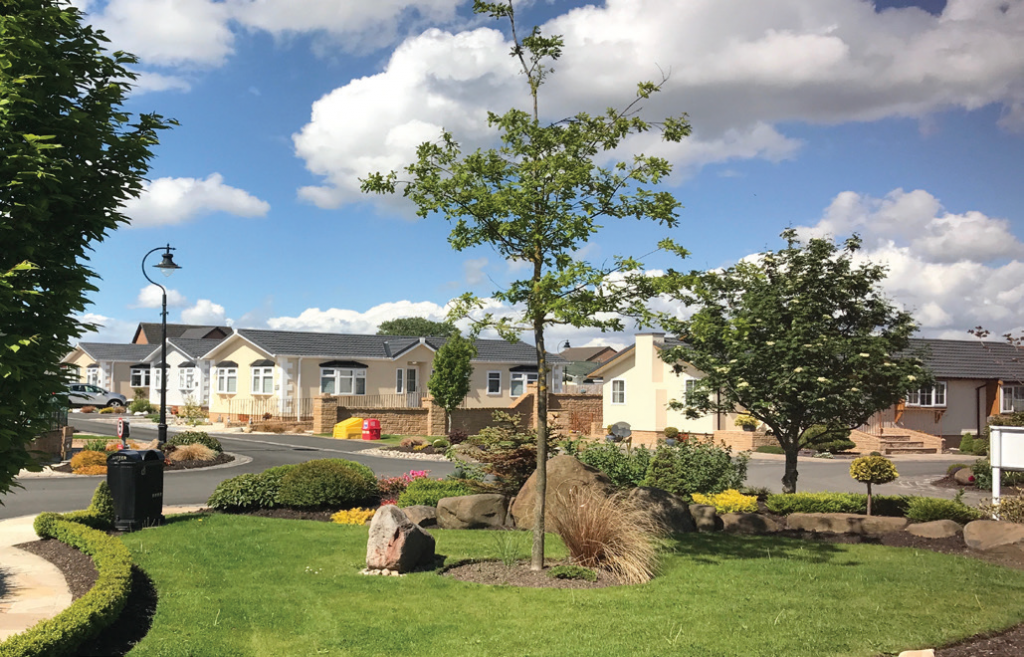 ABOVE: Red Deer Village takes its eco-credentials seriously and the park has won numerous Silver BH&HPA David Bellamy Conservation Awards, and has achieved Gold for the last three years.

WIDER COMMUNITY
Giving back to the wider community is also central to life at Red Deer Village. Supported by the Hendry family, the park residents have raised many hundreds of pounds for charities including Macmillan Cancer Support, with coffee mornings, sponsored activities and their Christmas Light Switch On Extravaganza. The park also takes its responsibility for their smallest residents seriously too. Over time, Red Deer Village has picked up numerous Silver BH&HPA David Bellamy Conservation Awards and has achieved Gold for the last three years. The park has a full time team of in-house gardeners who plant honey bee friendly plants and native British trees, as well as incorporating many wild hedgerow areas into its landscaping. There are two rainwater ponds on the park, which are chemical free and home to numerous toads, frogs, newts, dragonfl ies, birds, and fish. The park has even created a fox den in the waste stone yard. Ivan Hendry says: “David Bellamy believes you can live or holiday at a park which is both attractive to look at and which contributes towards bio diversity. Our conservation projects help to maintain that all-important habitat, and minimise any threat to the natural world through sustainable and eco-friendly development.”