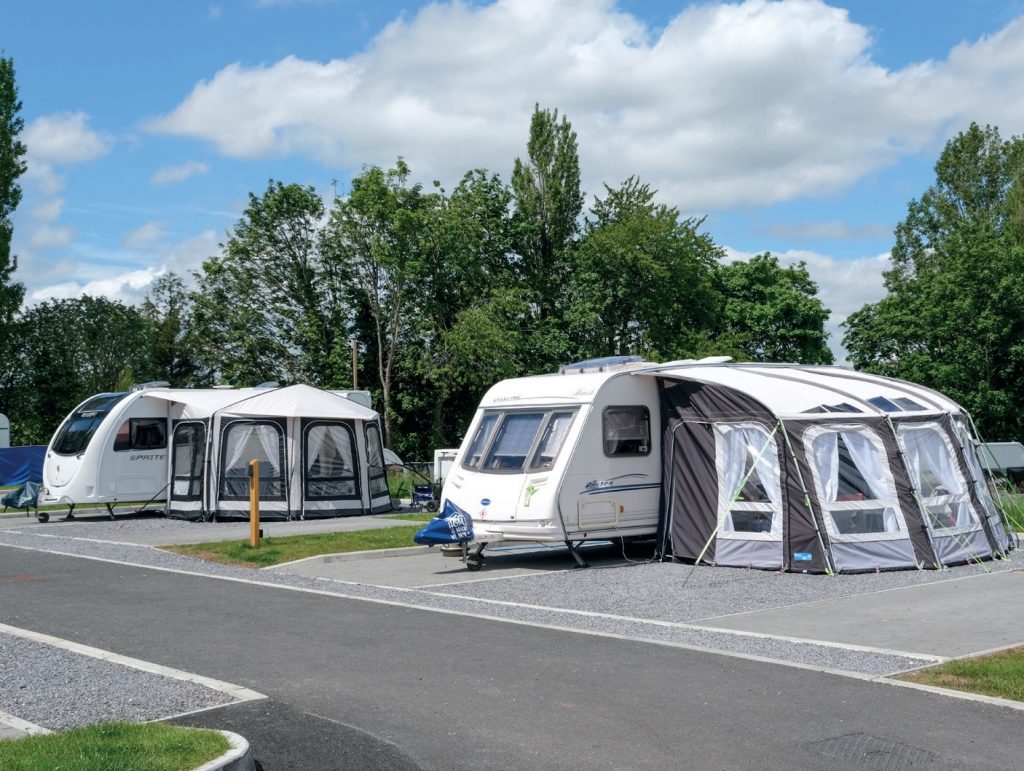 Cofton Holidays has invested £200,000 in 48 new super pitches to cope with record demand for staycations from caravaners and owners of recreational vehicles (RVs).
Named as the UK’s Best Caravan/ Campsite at the prestigious iTravel Staycation Awards 2020/21, the family-run holiday park, situated close to Dawlish Warren’s Blue Flag Beach, has increased the number of super pitches for RVs and caravans from 26 to 74 pitches, almost tripling its offering.
The holiday park experienced a dramatic surge in bookings from guests with caravans and RVs over the peak summer season. Bookings were up 20% on 2019, hitting a record high for occupancy levels. The lift in demand followed news that the number of people buying caravans in the UK has increased by around a fifth, according to caravan trader Robinsons Caravans*.
Solidifying its reputation as an all-weather all-year-round holiday destination, Cofton’s new super pitches feature brick paver and gravel bases which protect each pitch from the rain. To ensure that camping enthusiasts experience a stress-free staycation too, Cofton is also offering electricity access to those with tents during the peak summer season.
The new hard-standing super pitches include water and waste connections and 16-amp electric hook-ups.
Located towards the top of the park as well as close to the popular fishing lakes, users have access to covered washing up areas, a grass area behind the hard-standing pitches, an on-site laundrette, newly refurbished heated toilet and shower blocks, TV aerial points and Wi-Fi at an extra charge. Nearby, the camp shop stocks everything campers might need, ranging from freshly baked croissants to tent pegs.